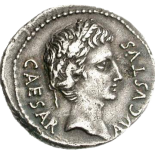 Tunnels Under Rome Mapped “Deep under the streets and buildings of Rome is a maze of tunnels and quarries that dates back to the very beginning of this ancient city. … Continue reading →

MEGA-Jordan MEGA-Jordan is a purpose-built geographic information system (GIS) to inventory and manage archaeology sites at a national level. It has been developed using state-of-the-art technology and requires no more … Continue reading →

An Imperial Underworld Fascinating article on ‘Archaeology’ about the tunnel network recently discovered beneath Hadrian’s Villa. This should invite a bit of interpretation and, no doubt, debate, on how the … Continue reading →

Activists fight to preserve Beirut’s Roman heritage From the BBC: “Lebanese activists are resisting a government decision to allow construction of luxury homes over nearly 2,000-year-old ruins believed to be … Continue reading →